The event was held at Mornington on Saturday, 18 September, and the weather held true to form with blustery winds and occasional showers discouraging outdoor lingering except at the coffee van. A good cross-section of electric bicycles, BEV, PHEV and hybrid vehicles were on display including two vans, one set up as a people mover (7-8 seat) and the other as a camper, the latter two attracting much attention.
Indoors there were stalls, including that of AEVA highlighting general information and available chargers, a selection of speakers in the auditorium and hot food. Attendees were reassured that in Tasmania they can now charge at home or on the road, with any accessible power-point as a back-up in an emergency and with a large number of additional on-the-road chargers in the pipeline. 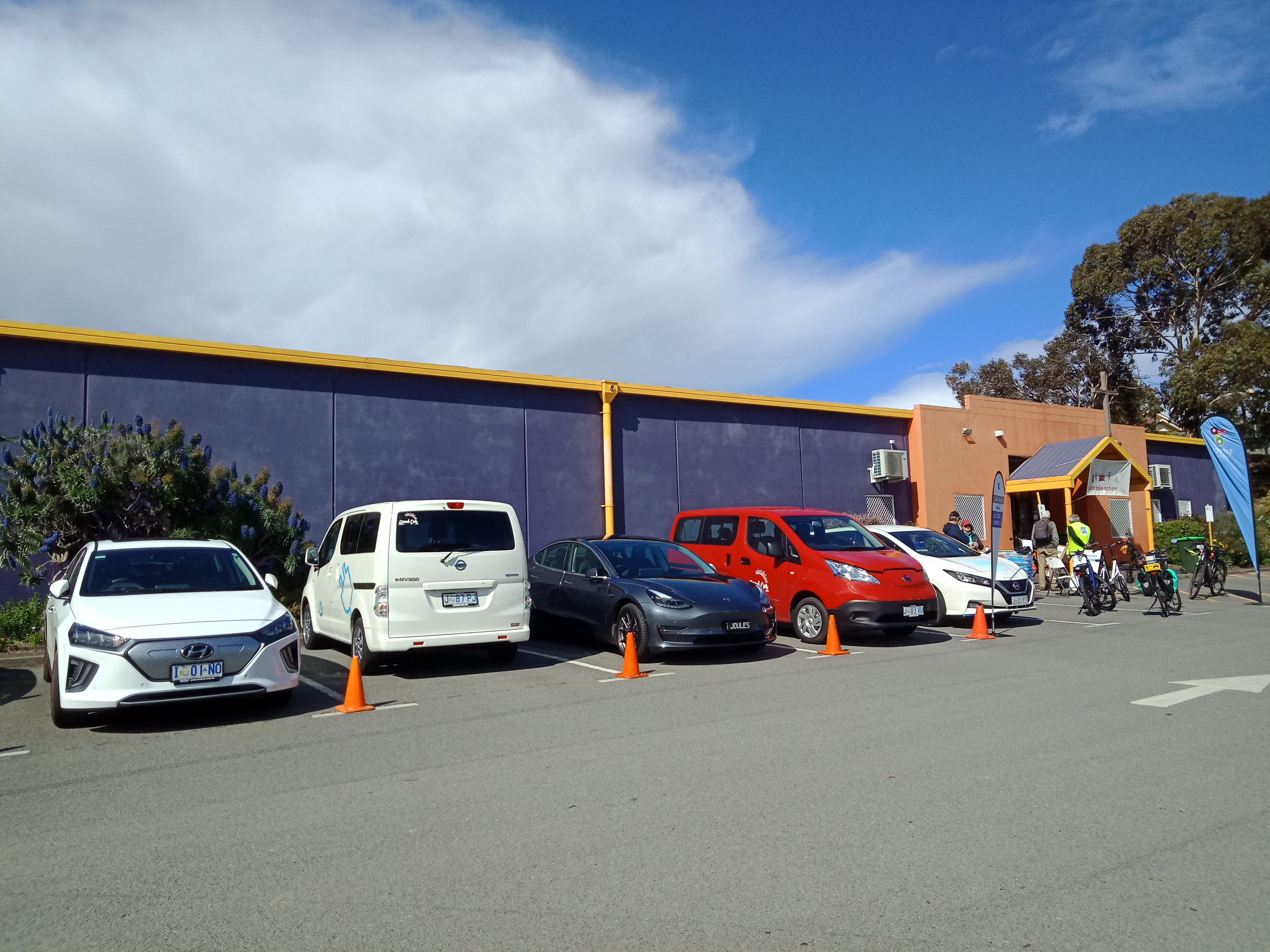 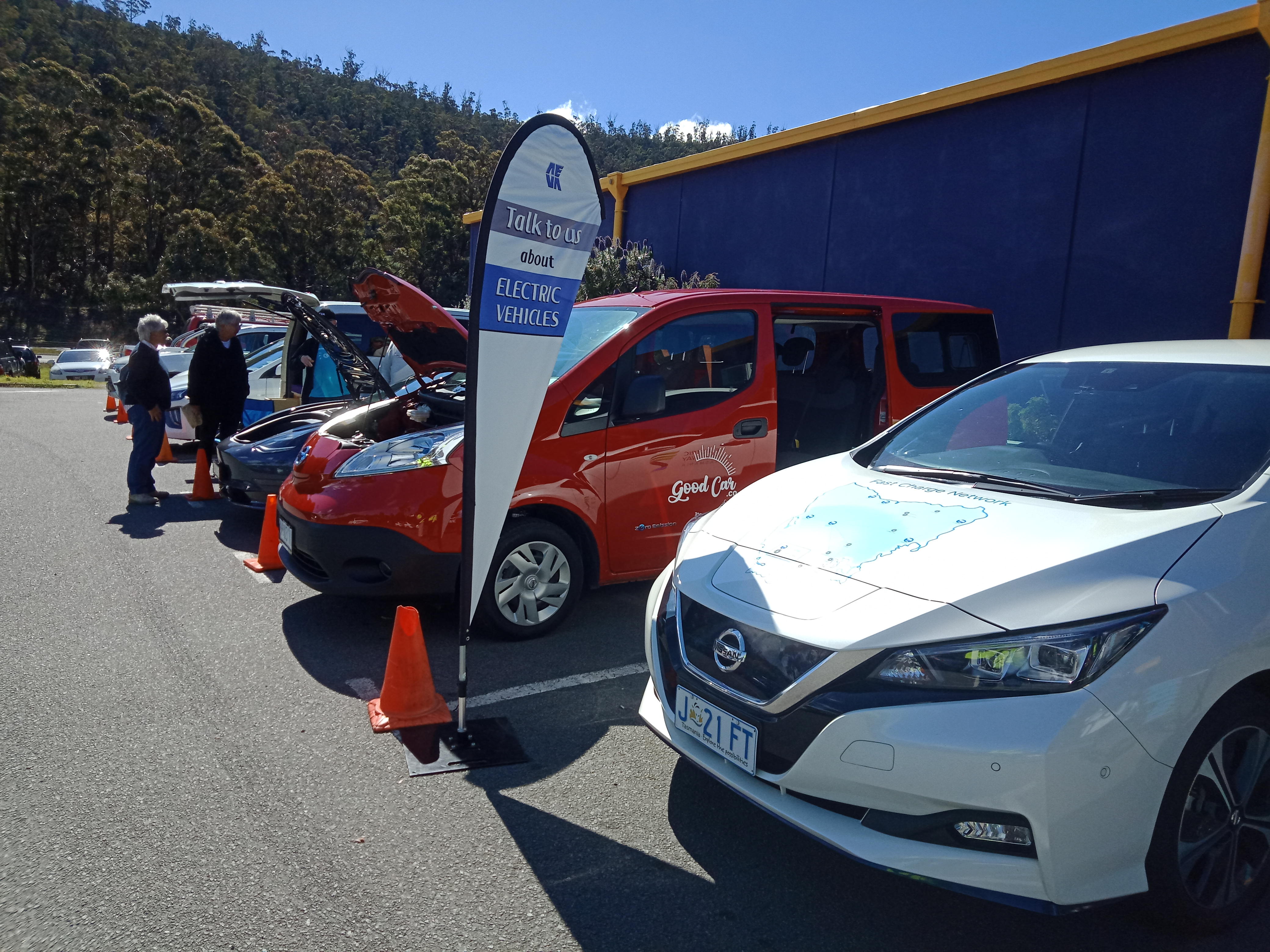 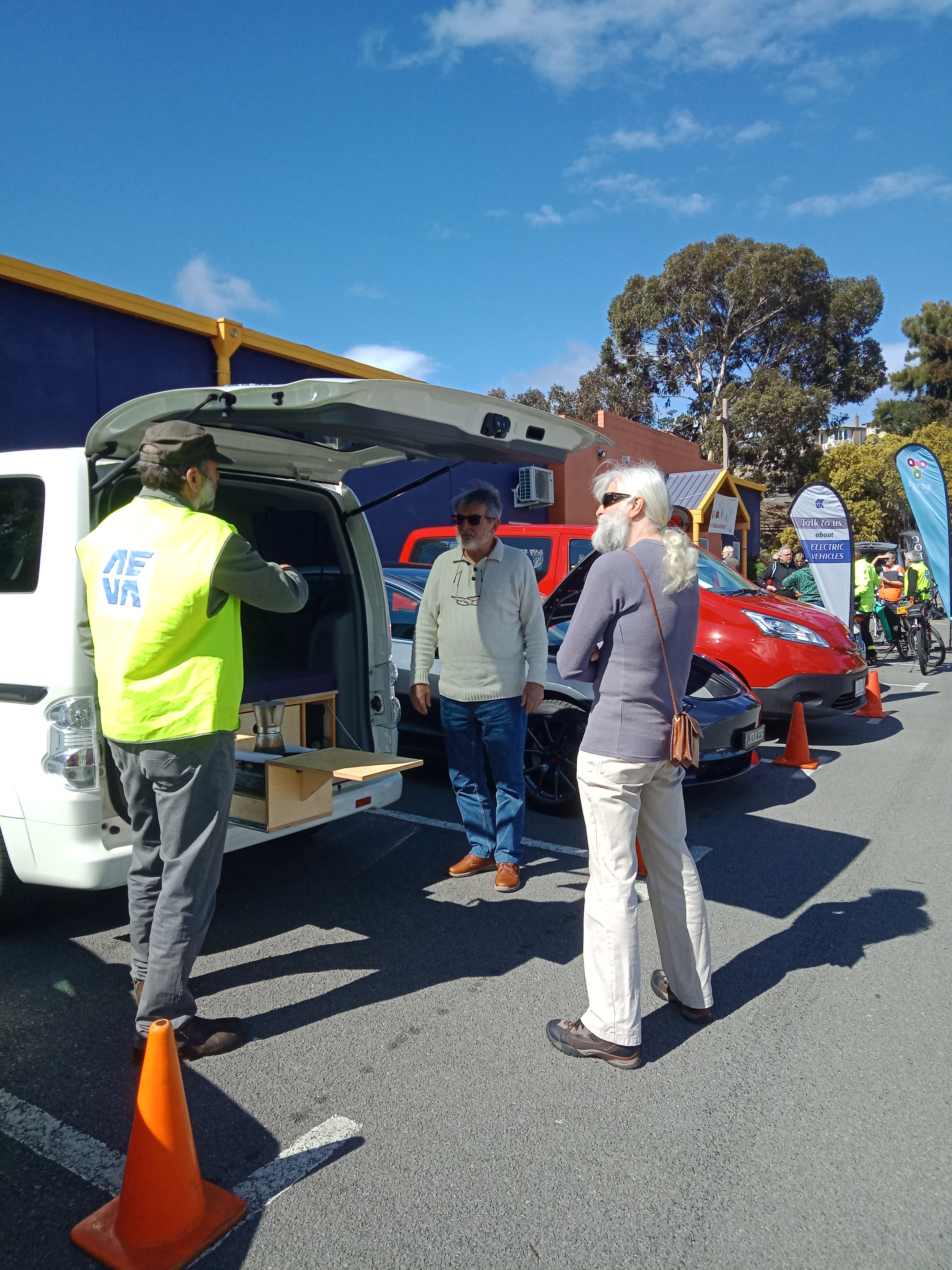 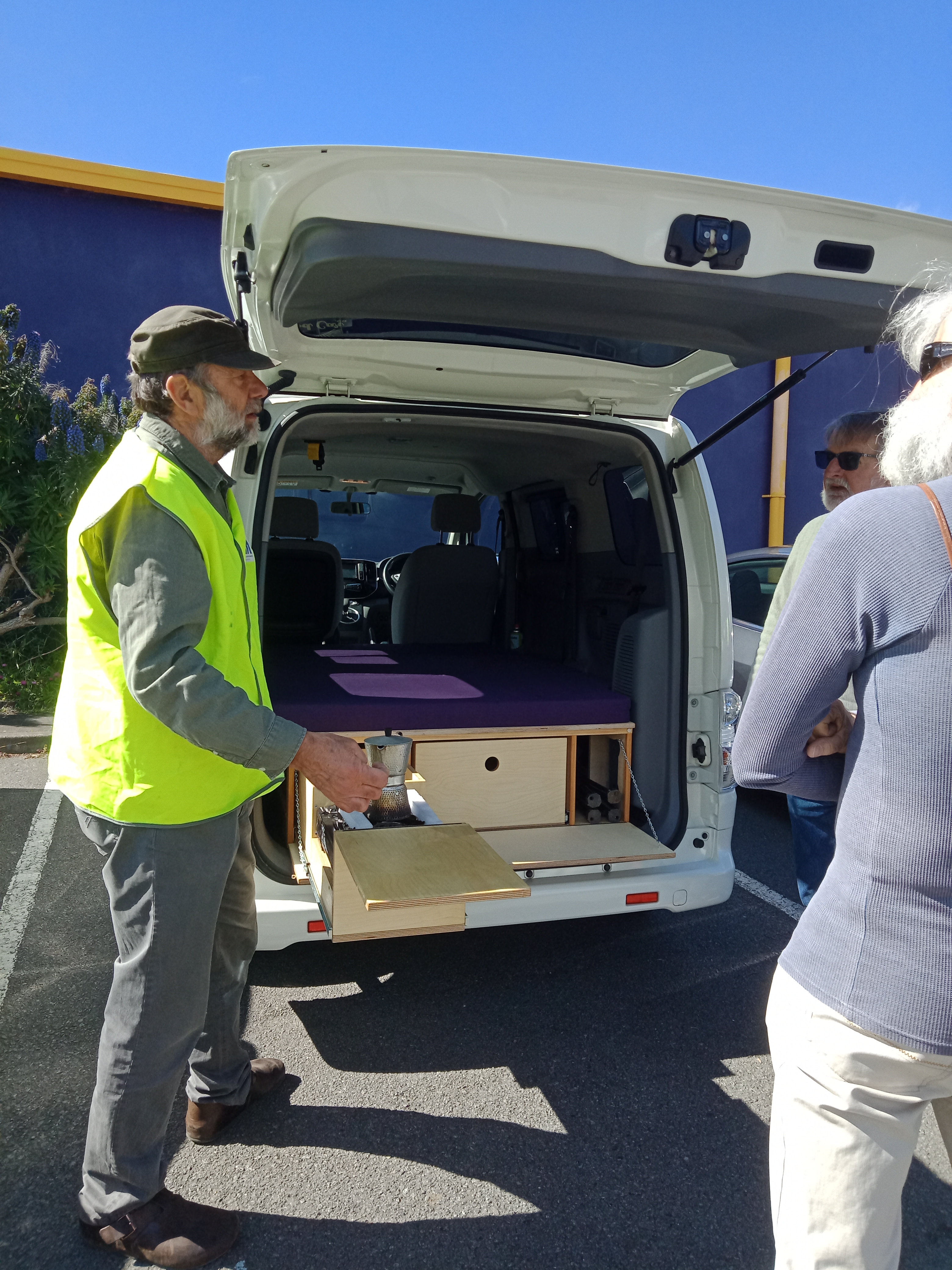