On Saturday, 17th October, 2020, Clarence Climate Action held a "Community Expo" at the Alma Activities Centre, Bellerive. This consisted of a bit over an hour of talks followed by a period in which attendees were able to talk with representatives of local community groups taking action on climate. The speakers included:

5 Electric Vehicles were on display in the car park: 2 Nissan Leaf, 2 Hyundai Ioniq and a Mitsubishi Outlander PHEV. Unfortunately it was much wetter than forecast so being outside was not as pleasant as it could be. However at least 4 very interested couples inspected and asked questions about the cars.

The speakers had a very reasonably sized audience for their presentations, which were pitched at a very appropriate level.
It was very encouraging and satisfying to be able to talk to attendees about the existing and growing electric vehicle fast-charger network around Tasmania as well as there being an extended range of electric vehicles available for sale, both new and second hand. 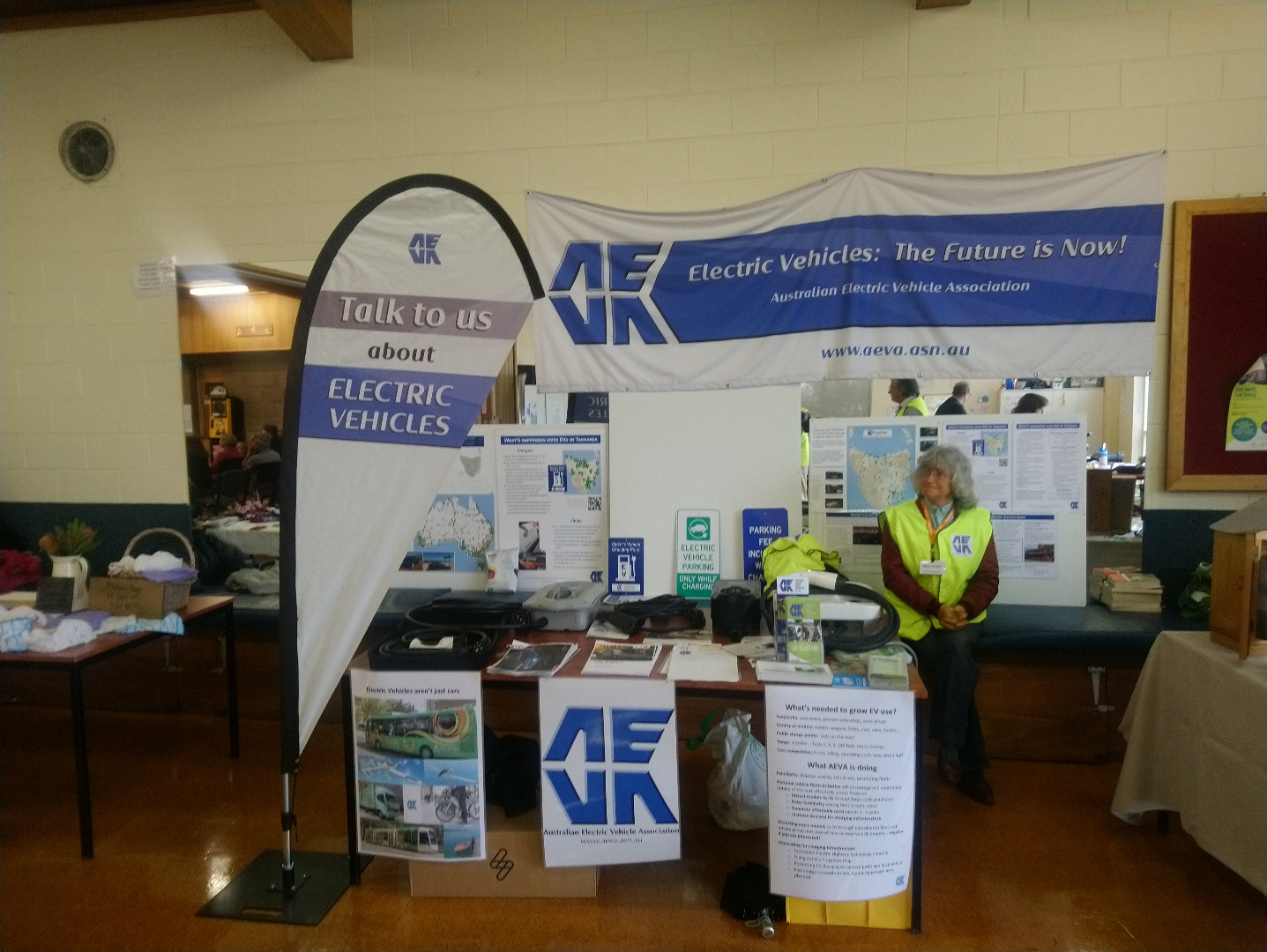 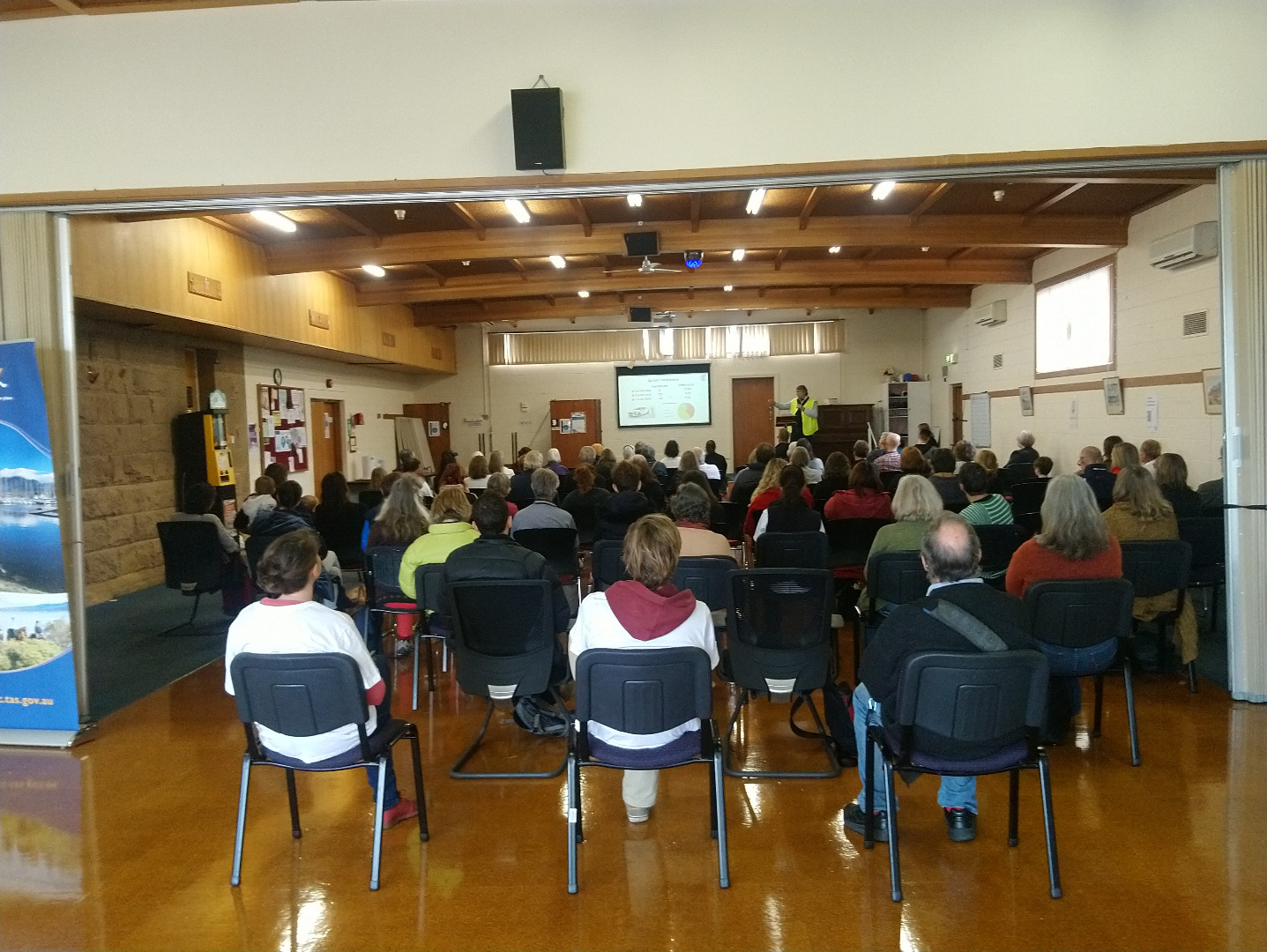