The newly formed TOCEVA Racing’s Model 3 Performance car, driven by Jurgen and Helen Lunsmann has placed 4th overall and fastest in the West Australian Targa Cup class of Round 2 of the Shannons Targa Rallysprint Series, ahead of a tough field of almost 80 cars. The racing team was established by members of the Tesla Owners Club and the Australian Electric Vehicle Association with the simple goal of competing against and beating ICE race cars. 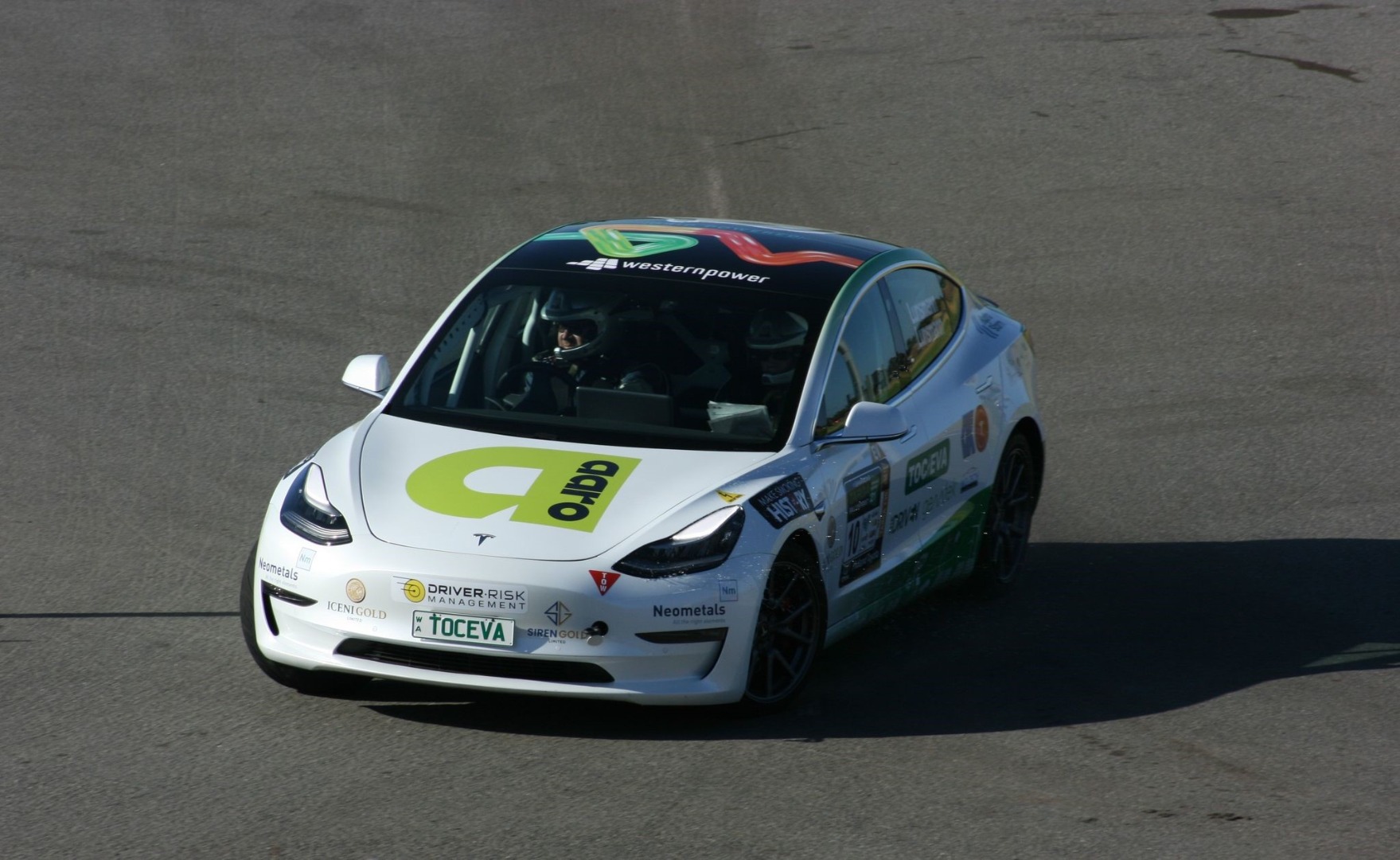 Jurgen piloted the TOCEVA Racing Model 3 under Helens calm guidance through four runs around the Perth Motorplex course for a total time of just over 9 minutes.  The field is separated by type of car and engine capacity, something that is hard to define for the Tesla, but there are two main classes.  The Rallysprint cars are heavily modified racing cars while the Targa Cup cars must adhere to strict rules governing Targa racing.

The TOCEVA Racing Model 3 is effectively a standard Tesla Performance Model 3 with the only upgrades being racing brake pads, racing tyres (on standard 18’ wheels) and this was the first race with the recently (as in just last week!) installed roll cage, proudly sponsored by TOCWA.  The TOCEVA Racing team led by Jon Edwards worked through the holiday break to strip the interior ready for the roll cage, then painstakingly replaced, altered and fabricated new parts for the interior to get the car ready to race. 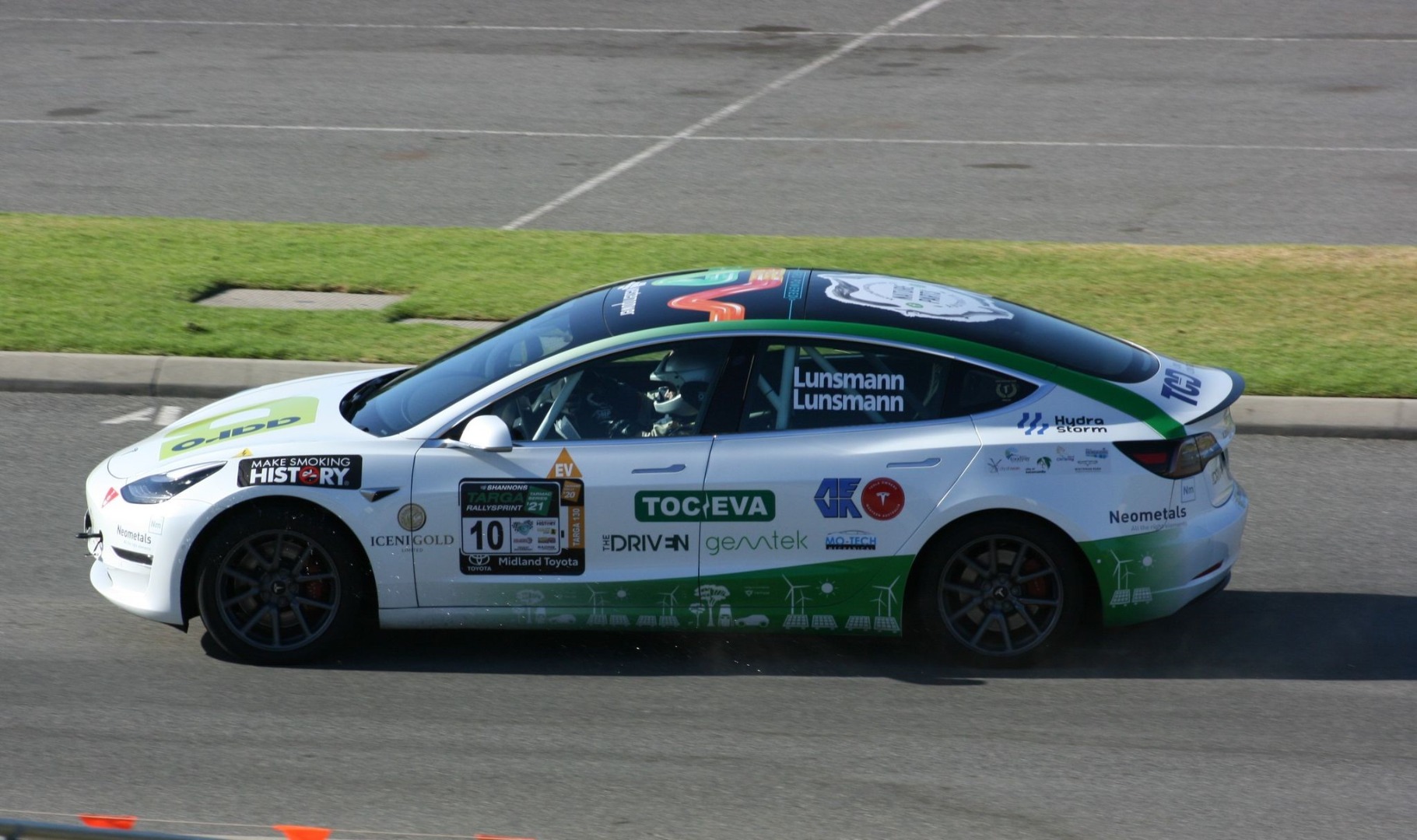 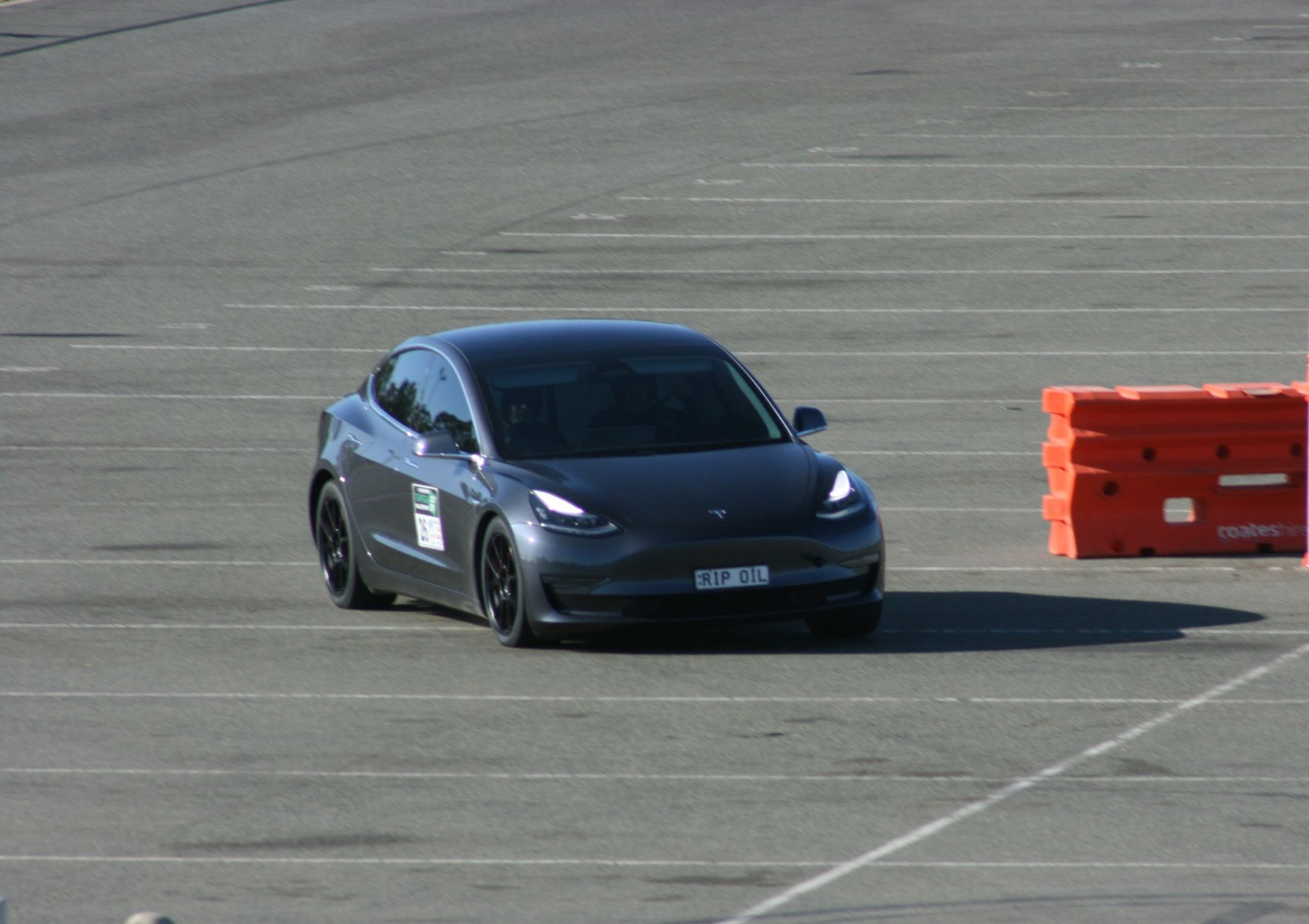 We are looking forward to the next round on the 28th January again at the Perth Motorplex.  Spectator entry is free so come down and watch some great motorsport.  Where else can you see a Tesla quietly showing the racing fraternity what electric really can do?