After 2 years, the crucial cross-roads town of Ravensthorpe has an AEVA DC charger. Following a successful Chuffed campaign (https://chuffed.org/project/evhwy) a convoy of EVs travelled to Ravensthorpe to install and commission the charger.

As detailed on the Tritium Veefil's colourful wrap, the roughly $87k in donations from very generous individuals and corporates, including Galaxy (now Allkem) was raised, allowing two 50kW chargers to be installed, one in Lake Grace and now Ravensthorpe.

The Veefil was sourced wrapped and configured by Perth-based charging infrastructure installer Gemtek, and was keenly towed by trailer from Perth by Harald Murphy (TOCWA) behind his Model X.  Lloydey's Power Services had trenched the conduit and poured the slab for the charger in the week prior, making it one of the more rapid deployments.

Power in regional and remote WA is problematic - much of the fringe-of-grid infrastructure is weak and supply is tempremental.  Even during comissioning the charger popped a pole-top fuse!  The charger is currenty set to about half power until word of a supply upgrade is confirmed with Western Power. Hopefully we'll be able to get the full 50kW by mid-year. 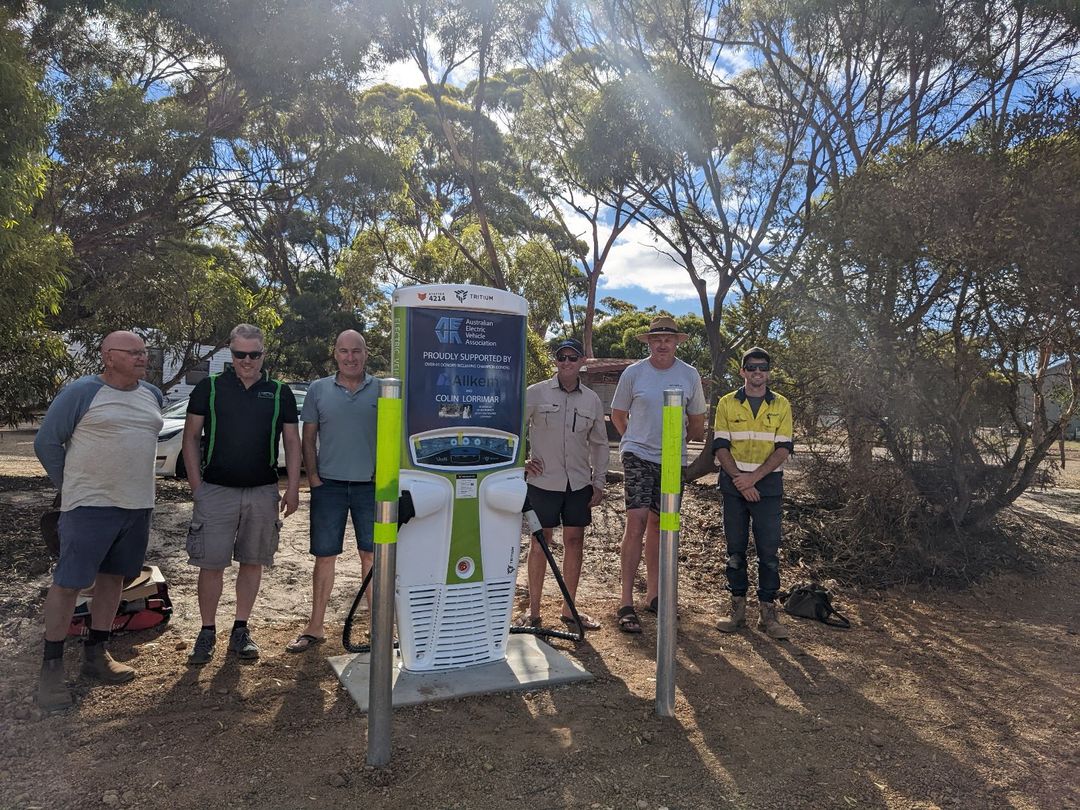