Fuel excise or a road user charge - Why not both? 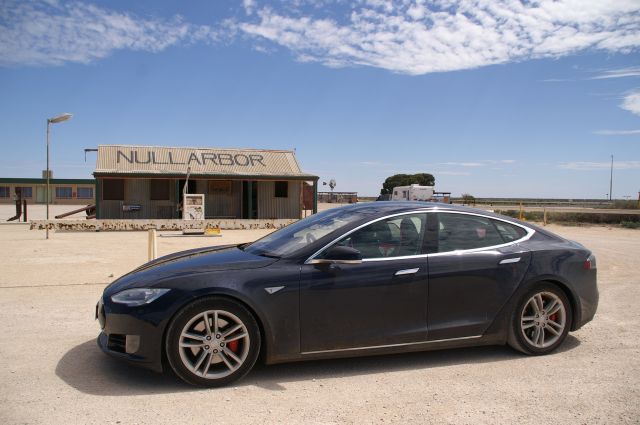 Australia might have rode the sheeps back to prosperity in the 19th century, but it was railways and roads which truly opened up the new nation's potential.  As more roads were constructed, the means to pay for them was largely derived from state taxes, but during second world war, funds were tight.

Post war, the Commonwealth introduced a fuel excise which was levied on petroleum and earmarked for road construction and maintenance.  This remained as such until 1959, when it was officially de-coupled from roads.  The fuel excise has been a convenient source of consolidated revenue ever since.

Today the fuel excise of 42.3 cents per litre of petrol or diesel makes up about a third of the cost of fuel at the pump, and nets close to $12 billion per year for the Commonwealth coffers.  However as vehicles become more fuel efficient, and Australians are actually driving less in general, this source of revenue has been in steady decline.  Then along comes a mass market technology which doesn't use fuel at all, and it didn't take long before there were calls for a new way of funding transport infrastructure.

'User-pays' revenue systems are a potentially useful way of funding specific causes where the external costs aren't adequetly captured.  Alcohol and tobacco taxes are a fine example - both are bad for your health and the health of the broarder community.  But by only charging those who consume the harmful product, a financial disincentive exists which helps moderate the behaviour.  Similarly, congestion charges create a strong disincentive to add to traffic density in cities.

A Road User Charge (RUC) is a charge applied to vehicles based on how far they drive as a proxy for how much they use (and abuse) transport infrastructure.  Like fuel excise, the more you drive, the more fuel you consume, and the more you pay.  However the proposal under review by the FFR review only applies to EVs.  The AEVA considers this to be grossly unfair to EV drivers as their choice of vehicle actually helps the community through cleaner air, quieter streets and lower greenhouse gas emissions.

In response, the AEVA has recommended that all transport infrastructure continue to be funded from central revenue.  But if a RUC were to be implemented, it should be applied evenly to all vehicles in addition to the fuel excise.  The RUC should also be multiplied by the vehicle mass, as heavier vehicles do more damage to infrastrucutre (and are more dangerous) than lighter ones.

This sets up a system where driving an ICE vehicle is disincentivised, EVs are able to contribute proportional to their use, while the mechanism can be adjusted according to the number of EVs on the roads over time.  While only 0.13% of vehicles are EVs, it seems fair to collect a very modest fee.

Our full submission to the FFR Review can be found here.

EV drivers are happy to pay their fair share to use Australia's roads.  But we also want to see the pollution created by ICE vehicle drivers paid for as well.  Right now, while EVs are still gaining a foothold in a country in desperate need of cleaner, quieter, energy-secure transport options, deliberately penalising EVs is not the way to go.